The following article is a draft that was to be published in the Sunday People, but it was pulled at the last minute for unknown reasons.

In November last year government theatre and arts expert Philip Blight took a ligature and hung himself from a beam in a tiny Welsh hamlet. The Coroner ruled the 53 year old married father of two had been depressed when he refused counselling and took his own life.
Phil Blight died seven years after the first teenage victim of the Bridgend suicide cluster had hung himself in a seaside fairground near the town.
But Phil Blight killed himself just three weeks after he’d been accused of responsibility for the deaths of the 79 youngsters in the Welsh borough and triggering the biggest teen suicide cluster in modern history.
Claims were made during a radio station interview the 53 year old Arts Policy Officer of the Welsh Assembly had helped plant powerful suicide triggers in dramas and theatre workshops produced for community outreach projects.
The claims were made in blogs and on a right of centre digital TV station and focus on Phil Blight’s time as a trustee and manager of the Cardiff based NoFitState Circus.
Their stunning performances have been acclaimed by critics throughout Europe but they contain rep eated imagery of suicide by hanging which are powerful and disturbing. The potential for harm from these scenes is now being underlined by leading suicide experts.
And the Sunday People has learnt Mr. Blight had a very unusual CV. He was an expert in powerful psychological techniques like neuro linguistic programming and the use of mind triggers known as ‘nudges’. In blogs he styled himself the ‘Jedi Nudger’.
We have learnt too he attended courses run by the Intelligence Service at MI5’s top secret GCHQ base in Cheltenham. He also arranged for Welsh assembly bureaucrats to go on similar courses at GHQ which are understood to include advanced ‘management’ skills like neuro linguistic programming or NLP.
As well as NLP Mr. Blight went on courses to study other, semi hypnotic, mind control techniques like “disruptive innovation”, subliminal behaviour modification and cognitive edge training He also had strong links to the growing ‘population decline’ lobby including some radical eco groups which are calling for an 80% human depopulation of the planet.
The allegations against him were made by a neighbour in the tiny hamlet of Rudry near Caerphilly where Mr. Blight and his wife Samantha set up home around 2006. The couple quickly became involved with the unelected village community council and the management of the village hall.
Tim Rogers, who lives next door to the hall, had been in conflict with the committee over noise and disturbance for some years. But when a play filled with Satanic imagery and depictions of suicide was put on at the village hall he complained to Phil Blunt and the committee.
Said Mr. Rogers, “I couldn’t understand why children were being made to watch what I believed was dreadful material that would mess with their heads. I went head to head with Blight and within days a police harassment order was made against me.
“I have been in conflict with him since that time until his death. I make no bones about it I decided to go online and look for any skeletons I could find on him. I was looking for divorces, court cases, bankruptcy. I couldn’t believe what I did find. At first I was shocked then I was angry. His background was all NLP, MI5 and extreme eco groups.
“While I studied what nudging and NLP were all about I was also looking at his work with the circus. I saw they were putting on repeated depictions of suicide in the most stunning settings with hypnotic music. They seemed to be romanticising suicide and glamorising it. Then I saw Blight was with them in Bridgend as a manager just before the suicide cluster started and I began to believe the two were connected.
“For the last 18 months I have been trying to get the authorities to listen but I think there’s a cover up which is no surprise in the UK we live in today. The only people who would listen were Christian groups and eventually I was interviewed on the radio show. I’ve repeated the allegations online.
“Someone in the village told me Blight had expressed the fact he was extremely worried by that broadcast and the next thing I knew he’d taken his own life. I don’t know if the two things were connected.
“I believe it is imperative that someone in authority takes the link between theatre and suicide very seriously. Radical theatre in the UK is awash with suicide themes and images of suicide and it cannot be healthy. Why are so many youngsters turning to suicide as a solution to their problems? I believe it’s because it has been glamorised.”
The Sunday People approached some of Mr. Blight’s colleagues on the parish hall committee in Rudry at the time including his wife Sam Minas-Blight who said………
We also spoke to Lindsay Foyster who was a committee member and is a suicide expert and director of the mental health charity Mind in Wales. She was previously involved with community theatre and is believed to have worked with Phil Blight on productions in the Bridgend area.
She said…………………….
The village hall chairman, scientist Dr. Christopher Allender, is a biological warfare expert. He said………………..
NoFit State Circus had historical links to Bridgend which was the site of their training camp in the early days before they won acclaim for their highly skilled performances.
They were back in the borough in August 2006 to stage their highly praised pr The charity Mind was given £1m to fund interventions but it’s understood they introduced drama as a therapy. A film called Wristcutters is said to have been shown in the area which has an opening scene of a young man slitting his wrists and another scene of a young boy with a rope around his neck who wants to hang himself.

A cartoon called Lucky for Some is also believed to have been shown featuring a dog attempting suicide in various ways, including hanging, before he is run over by a bus.

The director of Mind Cymru , the Welsh arm of the charity, is Lindsay Foyster who is believed to have been involved with NoFitState circus in 2006 when she lived in Bridgend. She was appointed Mind Cymru director in the same year. 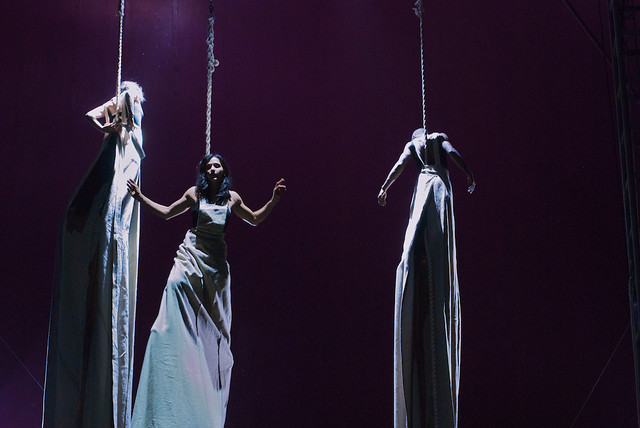 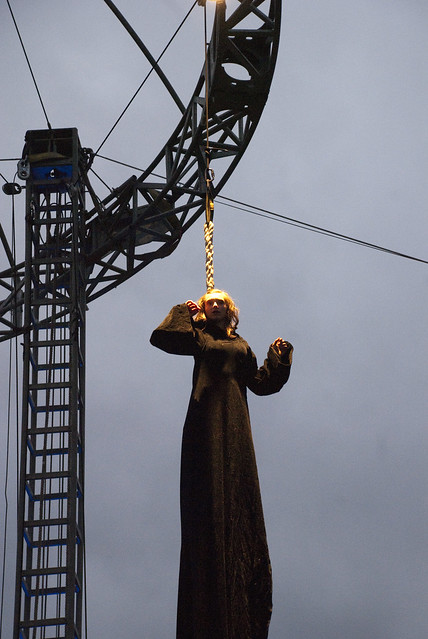 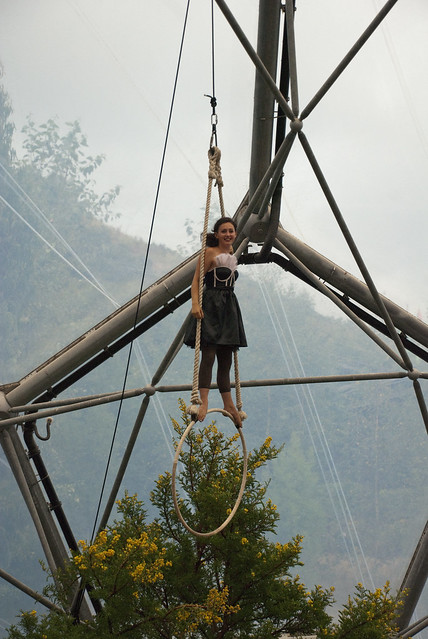 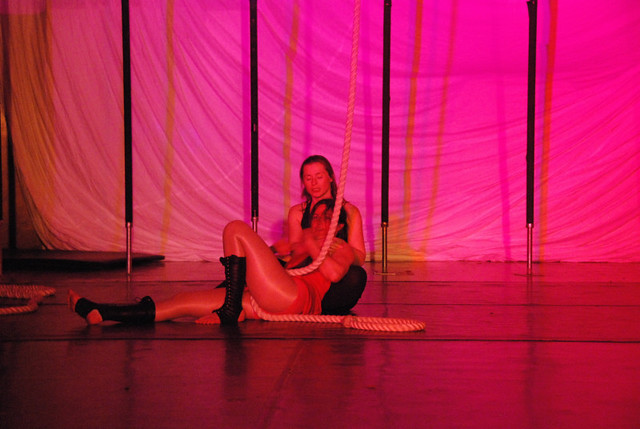 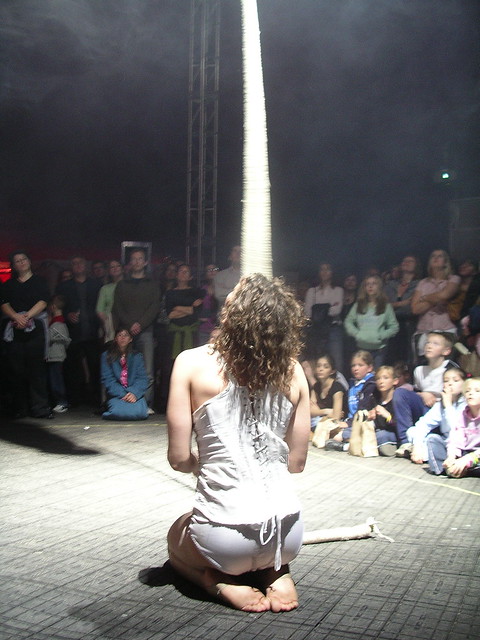 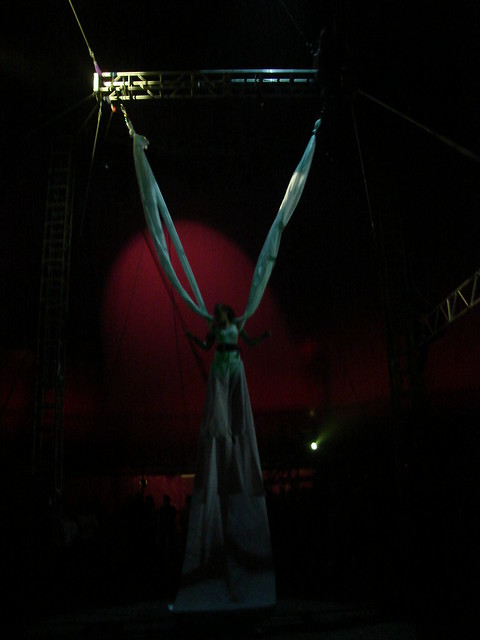 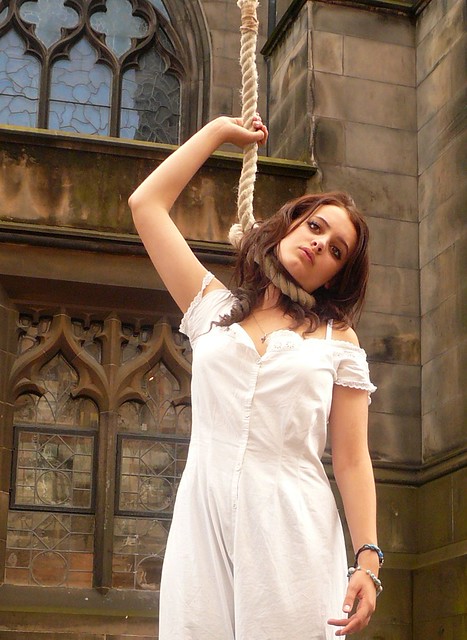 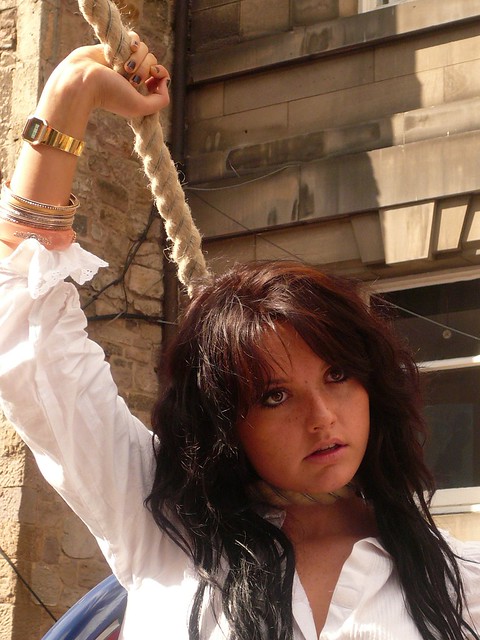 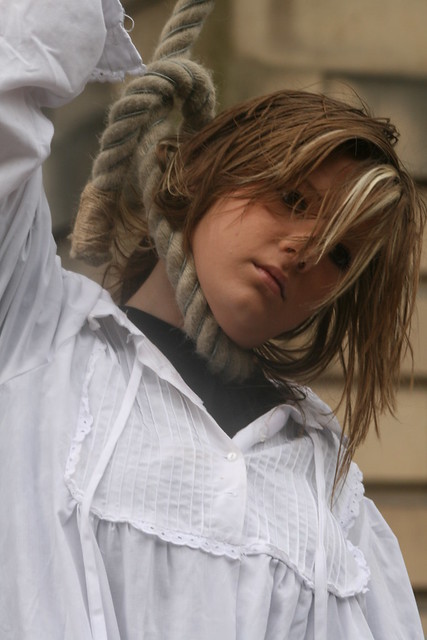 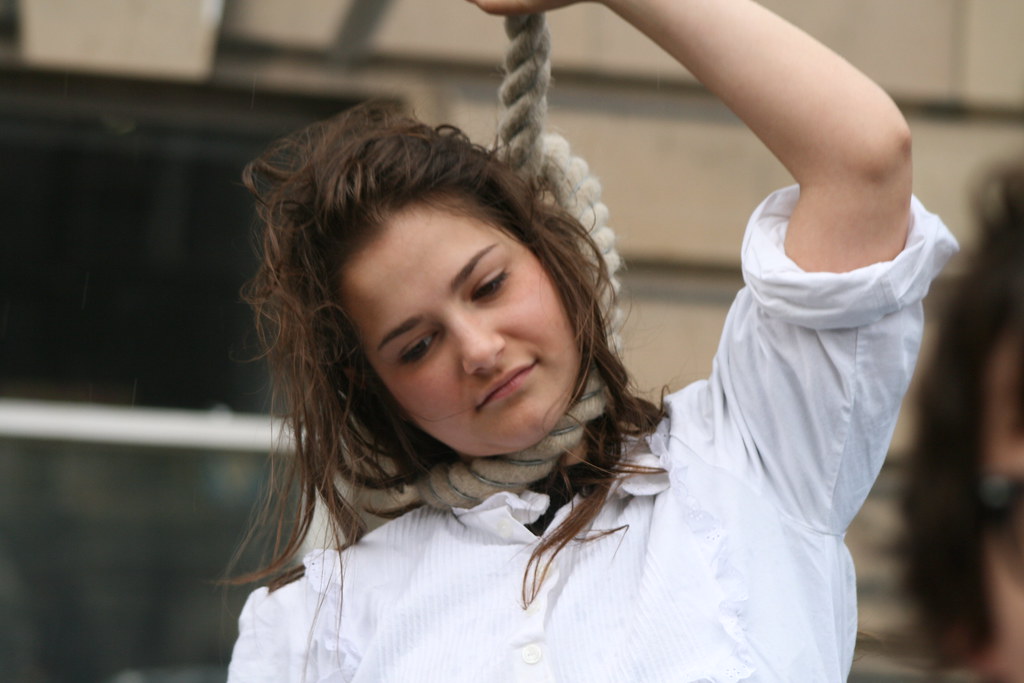 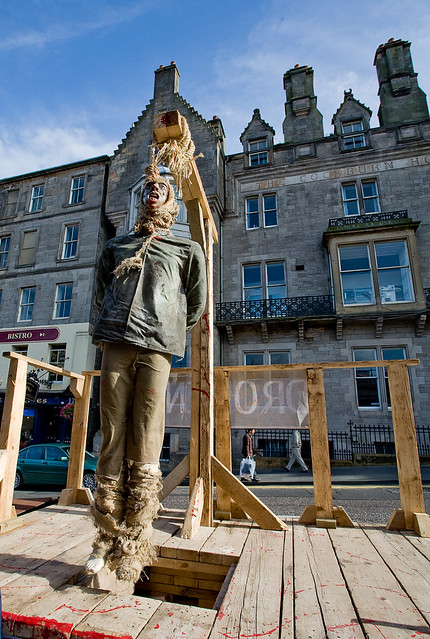 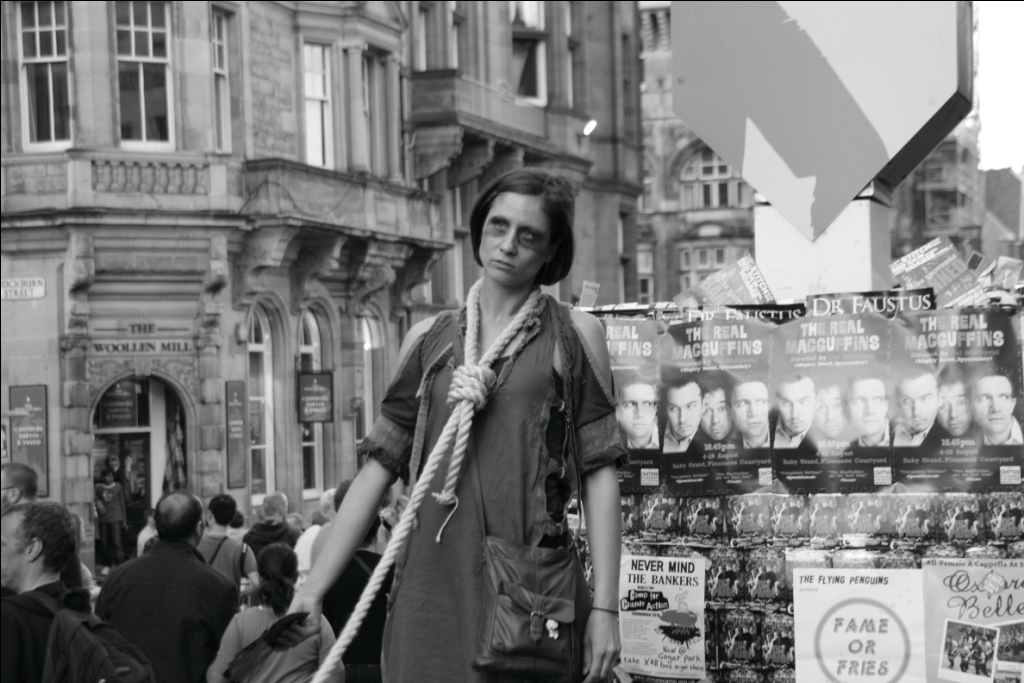 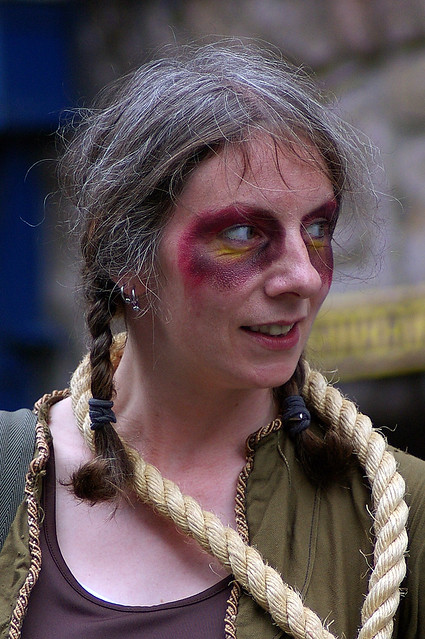 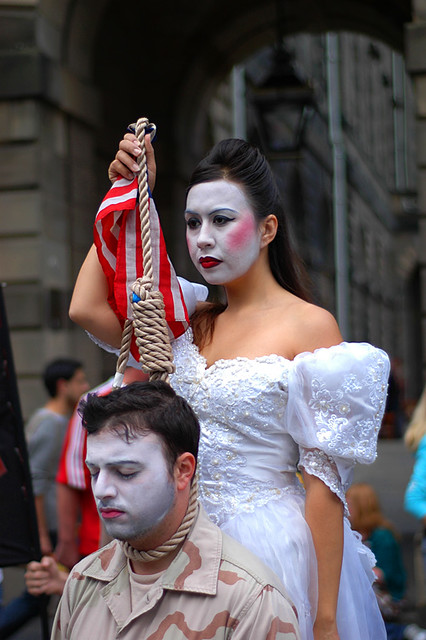 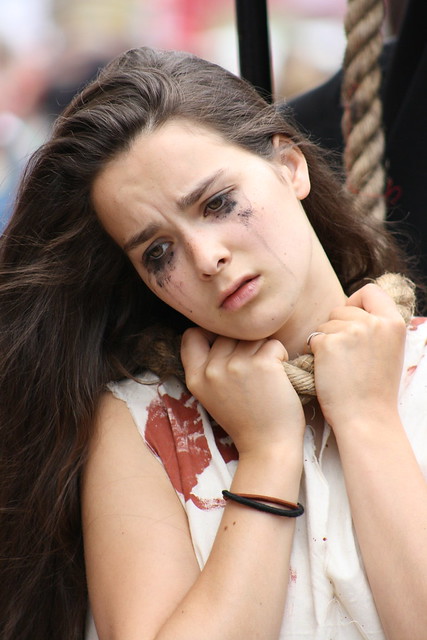 developing Tell Me …Lies, they created partnerships with mental health

organisations such as SANE and Mind.